You work at the Lost and Found desk. A passenger called in asking about a lost blue sweater. You have three similar blue sweaters. Describe the differences in detail and help the passenger identify which one is his. 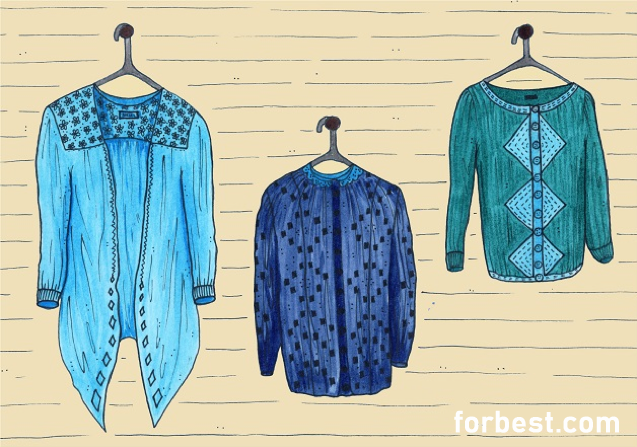 There are three blue sweaters in front of me. I try to describe them to you in details, and I hope you’d be able to detect yours.

The first one is a light blue sweater. It’s an open one, so there are no buttons on it. The upper part is decorated with a floral pattern and the handcuffs have got a zigzag pattern. It’s pretty long.

The second one is a dark blue sweater. It has been decorated with diamond-shaped ornaments. The collar is rather narrow, and it is light blue to contrast the sweater color. It suits formal gatherings more!

Finally, the third sweater is kind of greenish-blue. It has a very wide collar which makes it suitable for summer. It has three diamond-like shapes which are separated in half by green buttons.